When you think you know something

But you’re so fucking tired of this shit

Sinuses pulsing, channeling a rhythm both offbeat and harmonious

When you think you have a system

The genders and selves and longings can lean against this frame

You try to understand the smells as segregated: flowers/rain/spice/sweat/petrol

Then you let yourself forget.

Forget that ‘Gender and sexuality are completely separate concepts!’

Whose power deems whose truth?

Lives lived without gender on the tongue

Lean back again, against this pulsing

Treat it as your buttress

Ease your seizing mind against her pillowy gender 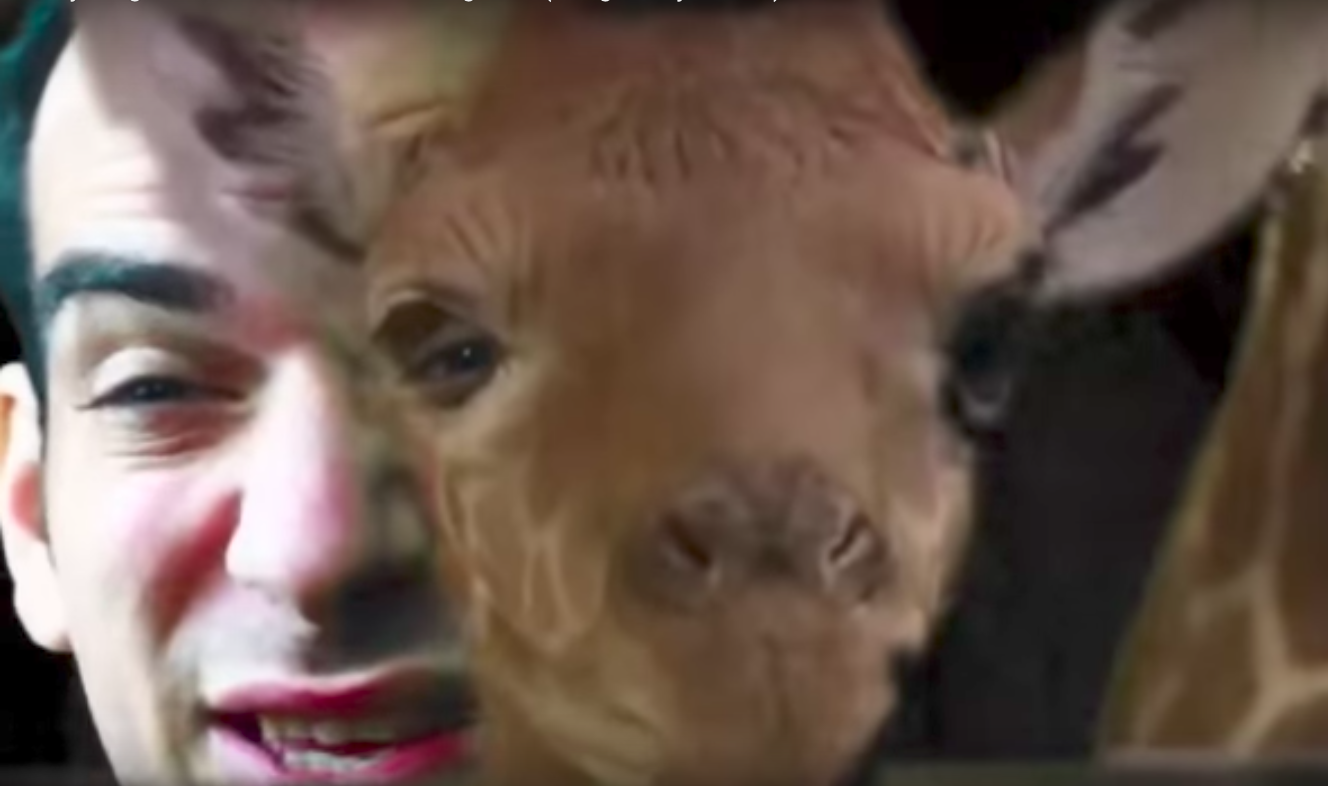 Image is a screenshot from youtuber Jonathan Mann: https://www.youtube.com/watch?v=reUUWIcPuDs

Context: working at a school. Being shoved around into teaching classes with zero ability to prepare because of personel crises.

ALSO - yesterday I was with the 14-sih year olds. We were looking at remakes of Shakespeare plays into movies online and came across ‘Romeo and Julius’. Most of the kids were laughing their fucking heads off. Mostly the boy assigned kids in the back. I let it go on for a second to feel out if it was just a nervous response to being confronted with sexuality AND if I had the energy to take it up. They just kept laughing…

So I turned around slightly - my back was to the whole class because I was working the computer connected to the projector. ‘You know I’m gay right?’ They stopped laughing pretty much dead in their tracks. Then there was a stuttering explanation from one of them ‘It’s just funny because we know this kid called Julius…’. I still fail to see the joke. That this kid might be gay? Or [...]

Kids, social hierarchy, and the sense of injustice

Context: I work at a school. I’m a subordinate to the main teachers so often watch them say/do things that don’t align with my ethics and politics but can’t say anything because hierarchy. I’m teaching in a second language so I do not feel able to fully explain important shit all the time AND when the kids are horrible - sexist, racist, or just mean - it’s hard for me to be snappy and shut that shit down. I work with kids from 6-15. This story is about kids who are mostly around 8.

At the start of the day the kids get to share important news/messages. It’s usually ‘tomorrow is my mom’s birthday’ or ‘my soccer team won our game last weekend’. Today one kid opened by saying (I’m translating), “I know it doesn’t sound important and you might not think it fits as an announcement but I think it’s actually quite pressing.” In retrospect… here’s a kid (girl assigned) who has already [...]

The last two months (REALLY, REALLY??) have been rife with TERF (Trans Exclusive Radical Feminist) fuckery in Danish feminist internet spheres AND in mainstream media. It's freerange for the anyone who says they're feminist to be a fucking asshole to trans people because free speech, right?

It's funny on some levels. I mean... the sort of bullshit they're spouting is really sad. And I have to think sometimes - wow this can't last. Surely people are going to realize that this is just good old fashioned bigotry dressed up in a feminist jacket. Sure. Well to be honest... It has been hell. There are few safe spaces on facebook where we can discuss what kind of hell it has been but one of them has just been - supposedly - infiltrated. We just got word that we should stop posting in there because things are being shared.

This whole situation can make a person pretty anxious and paranoid. And I'm already talking about a group of people - queers - who are disproportionately likely to have [...]

Ungenerous feelings provoked by your blindness

I have an ungenerous feeling.

Sometimes friends of mine who are fairly privileged also encounter life crises. Yep, it happens. And of course I want to be there. These are friends, I care for them... but god damn it if it doesn't get under my skin when I hear about the crisis feel like... yeah? Life is tough sometimes?

Today my girlfriend sorta exemplified this point. I'm sick and she's been taking care of me. She said that she wished that taking care of her sick loved one counted as a sort of out of the ordinary, extra thing... As in, she wished it were the exception to be dealing with this. She wishes it were a nice little extra task to be carried out with love and tenderness. But as it is... it just feels like taking care of me was another piece of the onslaught of shit the world stacks against her.

See this is why I need an anonymous blog. I feel like a complete turd. I know that stacking people's privileges and oppressions against each other for the sake of it has never gotten [...]

Yesterday I had a series of frustrating interactions that interrupted an otherwise wonderful day! I was with friends enjoying sun and ocean - there was a boat ride, there was naked swimming, it was all sorts of good things.

Then there was THAT guy. There's always THAT guy. First little microaggression - he saw sunscreen on my face and said, 'Oh can I just rub that in for you - ' and simultaneously started rubbing my face. I do not like having my face touched. Especially by man strangers. I'm really sensitive about my face because I don't like my facial hair and it feels like fire needles when people touch it. And I just... didn't react much. Then he said, 'it's a part of the gender division of labor! Men have to tell the women to wipe up the mascara from their faces and women have to tell the men when there are hairs coming out of their ears and noses - harhahhar'. I just... don't find that funny. I don't think facial hair is a man thing and I don't think make up is a woman thing and [...]

HELLO COPENHAGEN - we need to push back against this TERF hatred. I'm literally scared and uncomfortable. This is my first blog post here... actually my first blog post that isn't a travel post. So I expect to tinker quite a bit with my tone and language over time...

Yesterday I posted something longer on facebook... which I don't often do. Ironically I was posting about how facebook is not at all a viable option for online community. The lastest proof of this being Nazis infiltrating Sophie Labelle's page. Sophie Labelle and Assigned Male Comics were banned from facebook because Men's Rights Activists mass-reported her for having inappropriate content. At least - I think that's what happned. In any event her page was compromised. Her own site was infiltrated and replaced with horrendous Nazi imagery. These people have been threatening to kill her, telling her to kill herself, and taunting her on every platform possible because she's trans, successful, and beautiful. *This has [...]